Library Loot is a weekly event co-hosted by Claire from The Captive Reader and Linda from Silly Little Mischief that encourages bloggers to share the books they’ve checked out from the library.

Apparently it was my lucky day, as there was a single copy of Fangirl on the shelves. I was also tempted by Alice Hoffman’s Museum of Extraordinary Things (which I had added to my TBR list after Buried in Print’s review) but I had checked out too many e-books (and still had quite a few more real books from my previous loots), so I mustered all the strength I had to walk away. In other words, I let the kids pull me away towards more interesting (to them at least) things! 😛

In Rainbow Rowell’s Fangirl, Cath is a Simon Snow fan. Okay, the whole world is a Simon Snow fan, but for Cath, being a fan is her life–and she’s really good at it. She and her twin sister, Wren, ensconced themselves in the Simon Snow series when they were just kids; it’s what got them through their mother leaving.

Reading. Rereading. Hanging out in Simon Snow forums, writing Simon Snow fan fiction, dressing up like the characters for every movie premiere.

Cath’s sister has mostly grown away from fandom, but Cath can’t let go. She doesn’t want to.
Now that they’re going to college, Wren has told Cath she doesn’t want to be roommates. Cath is on her own, completely outside of her comfort zone. She’s got a surly roommate with a charming, always-around boyfriend, a fiction-writing professor who thinks fan fiction is the end of the civilized world, a handsome classmate who only wants to talk about words . . . And she can’t stop worrying about her dad, who’s loving and fragile and has never really been alone.

For Cath, the question is: Can she do this?

Can she make it without Wren holding her hand? Is she ready to start living her own life? Writing her own stories?

And does she even want to move on if it means leaving Simon Snow behind?

The silence of our friends – Mark Long & Jim Demonakos ; art by Nate Powell

This semi-autobiographical tale is set in 1967 Texas, against the backdrop of the fight for civil rights. A white family from a notoriously racist neighborhood in the suburbs and a black family from its poorest ward cross Houston’s color line, overcoming humiliation, degradation, and violence to win the freedom of five black college students unjustly charged with the murder of a policeman

The critically acclaimed smash hit series rolls on with this collection of the blockbuster third arc, “P.E.”! The first days were just the beginning – when the faculty cancel classes and send the students on an outing in the nearby woods, all hell breaks loose – sending the Glories on a mysterious journey through time and space. Nothing is what it seems to be as Academy’s hold on the kids collapses and new threats emerge!

Lost in time and space, the Glories find themselves confronted by the truants, a new group of students who may be even more dangerous than the faculty themselves.

The Scarecrow and his Servant – Philip Pullman 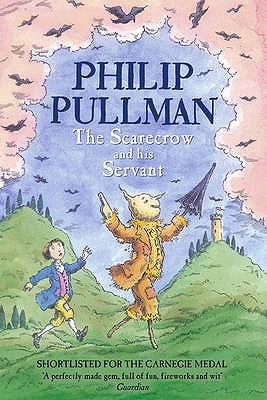 One night there was a thunderstorm. A tattered scarecrow stood in the wind and rain, taking no notice . . . until a bolt of lightning struck his turnip head. The scarecrow blinked with surprise and came to life.

So begins the story of the Scarecrow, a courteous but pea-brained fellow with grand ideas. He meets a boy, Jack, who becomes his faithful servant, and they set out to journey to Spring Valley together. Along the way there’s no end of excitement – battle and shipwreck, brigands and tricksters – and it’s up to Jack time after time to save the day

In this world, sixteen-year-old Charlotte and her fellow refugees have scraped out an existence on the edge of Britain’s industrial empire. Though they live by the skin of their teeth, they have their health (at least when they can find enough food and avoid the Imperial Labor Gatherers) and each other. When a new exile with no memory of his escape  or even his own name seeks shelter in their camp he brings new dangers with him and secrets about the terrible future that awaits all those who have struggled has to live free of the bonds of the empire’s Machineworks.

The Inventor’s Secret is the first book of a YA steampunk series set in an alternate nineteenth-century North America where the Revolutionary War never took place and the British Empire has expanded into a global juggernaut propelled by marvelous and horrible machinery. Perfect for fans of Libba Bray’s The Diviners, Cassandra Clare’s Clockwork Angel, ScottWesterfeld’s Leviathan and Phillip Reeve’s Mortal Engines.

Behind the Beautiful Forevers – Katherine Boo

In this brilliantly written, fast-paced book, based on three years of uncompromising reporting, a bewildering age of global change and inequality is made human.

Annawadi is a makeshift settlement in the shadow of luxury hotels near the Mumbai airport, and as India starts to prosper, Annawadians are electric with hope. Abdul, a reflective and enterprising Muslim teenager, sees “a fortune beyond counting“ in the recyclable garbage that richer people throw away. Asha, a woman of formidable wit and deep scars from a childhood in rural poverty, has identified an alternate route to the middle class: political corruption. With a little luck, her sensitive, beautiful daughter—Annawadi’s “most-everything girl“—will soon become its first female college graduate. And even the poorest Annawadians, like Kalu, a fifteen-year-old scrap-metal thief, believe themselves inching closer to the good lives and good times they call “the full enjoy.”

But then Abdul the garbage sorter is falsely accused in a shocking tragedy; terror and a global recession rock the city; and suppressed tensions over religion, caste, sex, power and economic envy turn brutal. As the tenderest individual hopes intersect with the greatest global truths, the true contours of a competitive age are revealed. And so, too, are the imaginations and courage of the people of Annawadi.

With intelligence, humor, and deep insight into what connects human beings to one another in an era of tumultuous change, Behind the Beautiful Forevers carries the reader headlong into one of the twenty-first century’s hidden worlds, and into the lives of people impossible to forget.