Happy Wednesday! Some comics and some Japanese lit for this week. How about you?

Let us know in the link-up (it’s over at Captive Reader this week). 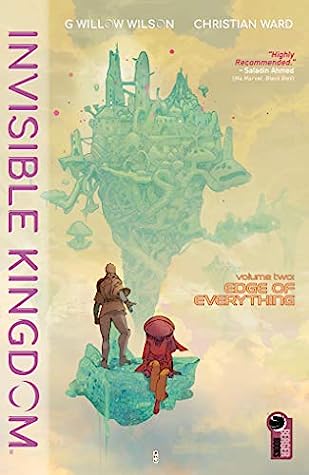 The explosive aftermath of their shocking discovery has pushed captain Grix and acolyte Vess to the furthest reaches of their solar system.

Once unknowing pawns of the most ubiquitous religion and pervasive mega-corporation, the now-renegade team is alone after revealing to the world that these “enemy” groups are in cahoots–but not for long. And when their crew encounters a group of ruthless spacefaring privateers, they might not be safe for long either. 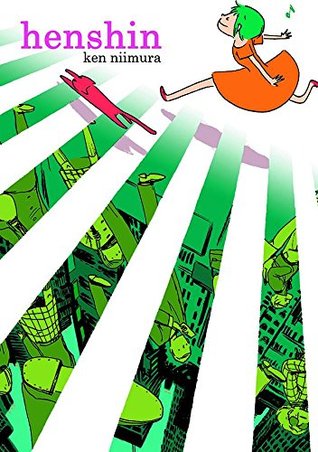 I Kill Giants co-creator Ken Nimura (International Manga Award winner and Eisner nominee) brings a unique vision of life in Japan to the page in Henshin. The lives of a kid with peculiar superpowers, a lonely girl discovering herself in the big city, and a businessman on a long night out are some of the short stories included in this collection that will make you laugh, and even maybe shed a tear. Explore Tokyo as you’ve never seen it before under Nimura’s masterful and imaginative storytelling, printed here for the first time in English.

Felix Ever After – Kacen Callender

Felix Love has never been in love—and, yes, he’s painfully aware of the irony. He desperately wants to know what it’s like and why it seems so easy for everyone but him to find someone. What’s worse is that, even though he is proud of his identity, Felix also secretly fears that he’s one marginalization too many—Black, queer, and transgender—to ever get his own happily-ever-after.

When an anonymous student begins sending him transphobic messages—after publicly posting Felix’s deadname alongside images of him before he transitioned—Felix comes up with a plan for revenge. What he didn’t count on: his catfish scenario landing him in a quasi–love triangle….

But as he navigates his complicated feelings, Felix begins a journey of questioning and self-discovery that helps redefine his most important relationship: how he feels about himself.

Felix Ever After is an honest and layered story about identity, falling in love, and recognizing the love you deserve. 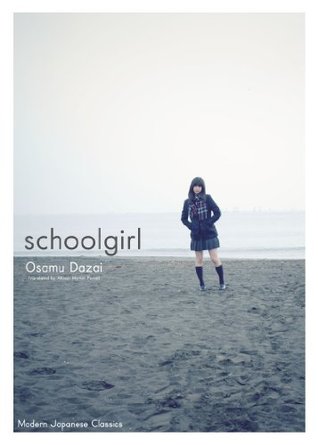 ‘Schoolgirl’ is the novella that first established Dazai as a member of Japan’s literary elite. Essentially the start of Dazai’s career, the 1933 work gained notoriety for its ironic and inventive use of language, and how it illuminated the prevalent social structures of a lost time. 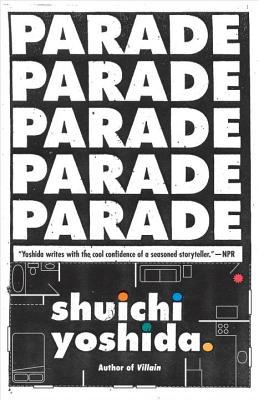 In a crowded two-bedroom apartment in Tokyo, four Japanese twenty-somethings are waiting for their lives to begin. They have come from all over Japan, bringing with them dreams of success and romance, but life isn’t exactly going as planned. Kotomi waits by the phone for a boyfriend who never calls, Ryosuke is sleeping with his best friend’s girlfriend, and Mirai’s drinking has become a serious problem. Only Naoki, an aspiring filmmaker and the glue that keeps them all together, seems to be on the right track. Meanwhile, their next door neighbors are up to something suspicious, and a mysterious attacker is terrorizing the neighborhood.

When a homeless teenager suddenly appears, his arrival sets off a chain of events that will bring to light dark secrets the tenants of Apt. 401 have kept from one another—and from themselves. 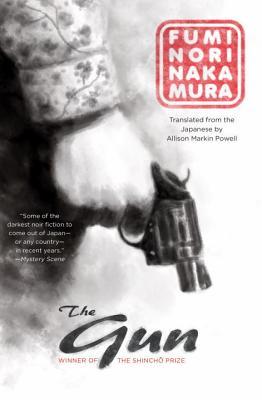 On a nighttime walk along a Tokyo riverbank, a young man named Nishikawa stumbles on a dead body, beside which lies a gun. From the moment Nishikawa decides to take the gun, the world around him blurs. Knowing he possesses the weapon brings an intoxicating sense of purpose to his dull university life.

But soon Nishikawa’s personal entanglements become unexpectedly complicated: he finds himself romantically involved with two women while his biological father, whom he’s never met, lies dying in a hospital. Through it all, he can’t stop thinking about the gun—and the four bullets loaded in its chamber. As he spirals into obsession, his focus is consumed by one idea: that possessing the gun is no longer enough—he must fire it.