Happy Lunar New Year! Today (Saturday) is the second day of the Year of the Ox.

Nian Gao 年糕 is a traditional Lunar New Year treat. It’s something I’ve eaten as a kid growing up in Singapore but it was not something we made at home. But I loved eating it! If you’ve never eaten nian gao before, it’s a sweet sticky cake of sorts made with sugar, water and glutinous rice flour.

I don’t eat it on its own but instead, I slice it up, and dip it in egg and pan fry it. Panfrying it with egg softens the Nian Gao a bit and the warm sticky eggy cake is delicious.

I think there are several different interpretations between the meaning of the cake. I remember reading about how it’s offered to the Kitchen God, and the sticky cake will prevent him from saying bad things about the family to the Jade Emperor. The word 年(Nian) meaning “year” sounds the same as the word 粘 (Nian) which means “sticky”.

Also, 糕 (gao) means “cake” but also is the same sound as 高 which means higher, so 年高 means a higher (better) year.

This year, the fourth grader had an assignment, which was to make a Lunar New Year dish. Some of the other examples included dumplings, steamed fish, tangyuan. But he wanted to go with the Nian Gao. I looked up the recipe, (and also another and yet another ) and realised that it’s actually quite doable. It’s made up of a few main ingredients and needs to be steamed. Traditionally (at least in Singapore), it’s wrapped in banana leaves, but I didn’t have any (although I have seen them in the Asian supermarkets here). Instead I just oiled my cake tin well. 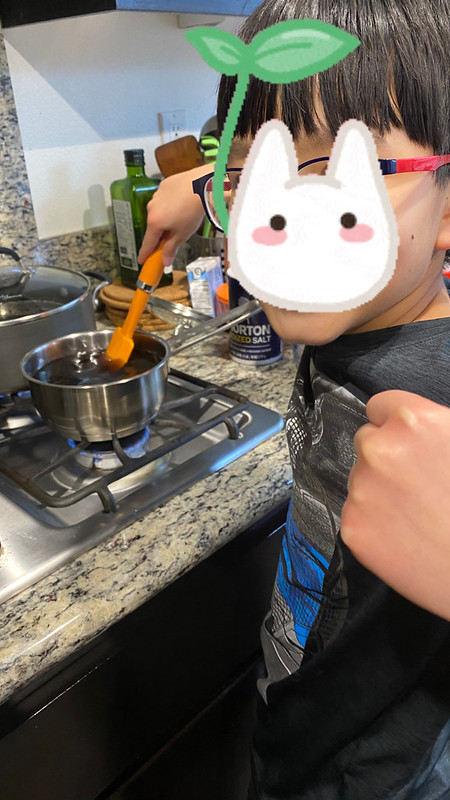 So since this was the kid’s assignment, he was in charge of pretty much all of it. I pretty much only helped him with the steaming part as it’s tricky putting the tin into a pot of boiling water! Oh I also did help a bit when he had to simmer the water and sugar together on the stove, just to make sure the water stayed simmering and not boiling, and helped him to figure out if the sugar was dissolved properly. 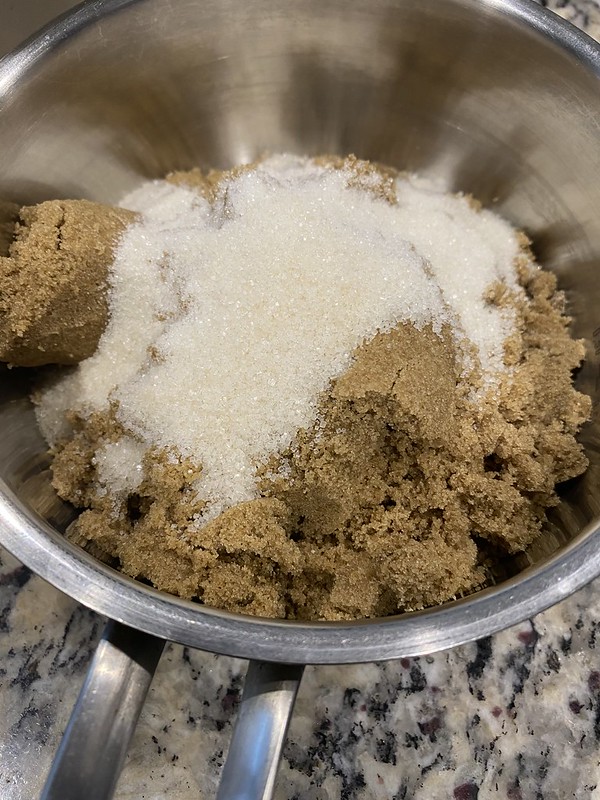 The really traditional way of making Nian Gao seems to involve some 10 to 12 hours of steaming in order to get the sugar to caramelise! There are quite a few different variations in the making of Nian Gao. This recipe from What to Cook Today also gives directions for making it in the Instant Pot and the slow cooker. I went with the regular steaming method, with a pot of water, a little metal stand to prop my cake tin, and a piece of aluminium foil to stop the drips of moisture from the lid getting into the Nian Gao.

I decided to follow the instructions of this recipe from Woks of Life, which said to test the cake with a toothpick and if it comes out clean, it’s done. It turned out quite nicely. 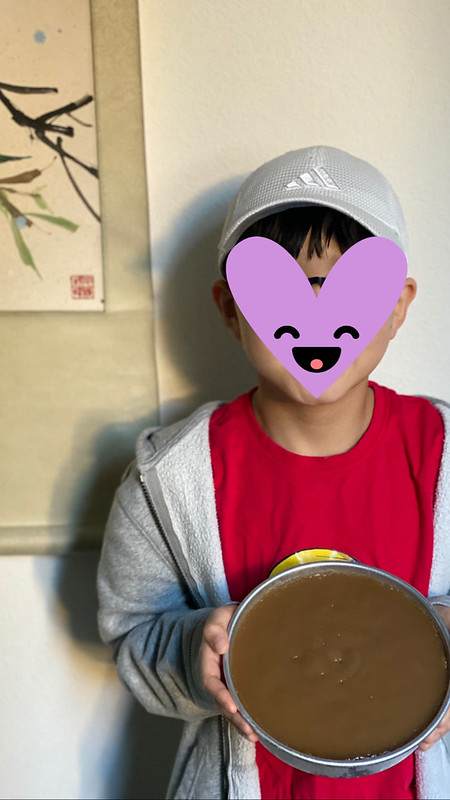