Books That Made Me Laugh Out Loud

I very rarely read funny books, I realised, as I was looking at my list of books read. I have to go quite far back to find them. And so I’ve ended up with a mix of comics and memoirs by comedians. 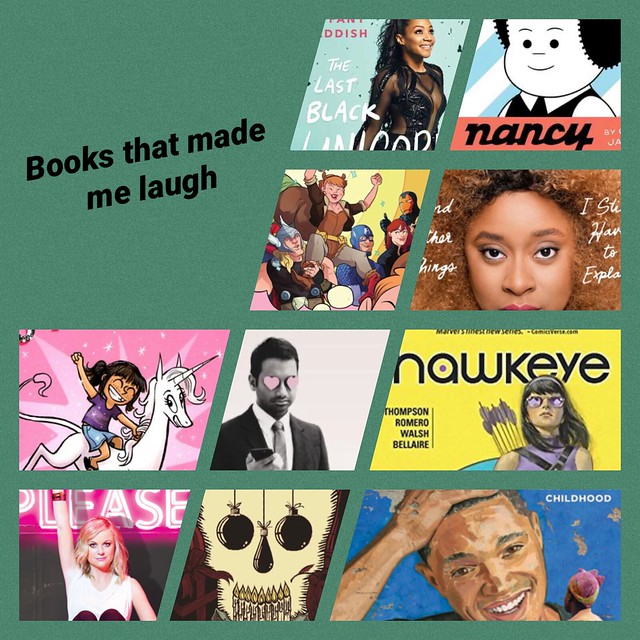 The Phoebe and Her Unicorn series by Dana Simpson (#13 is to be published later in April) is always a delight.

Born a Crime by Trevor Noah