Share your library loot in the link-up or comments!

(Edited to add: Oh boy, sorry about that. I have no idea why this previous version got published. And of course it’s on the day that I didn’t actually check my blog until the afternoon!).

The Mermaid from Jeju – Sumi Hahn

In the aftermath of World War II, Goh Junja is a girl just coming into her own. She is the latest successful deep sea diver in a family of strong haenyeo. Confident she is a woman now, Junja urges her mother to allow her to make the Goh family’s annual trip to Mt. Halla, where they trade abalone and other sea delicacies for pork. Junja, a sea village girl, has never been to the mountains, where it smells like mushrooms and earth, and it is there she falls in love with a mountain boy Yang Suwol, who rescues her after a particularly harrowing journey. But when Junja returns one day later, it is just in time to see her mother take her last breath, beaten by the waves during a dive she was taking in Junja’s place.

Spiraling in grief, Junja sees her younger siblings sent to live with their estranged father, Suwol is gone, the ghost of her mother haunts their home–from the meticulously tended herb garden that has now begun to sprout weeds, to the field where their bed sheets are beaten. She has only her grandmother and herself. But the world moves on without Junja.

The political climate is perilous. Still reeling from Japan’s forced withdrawal from the peninsula, Korea is forced to accommodate the rapid establishment of US troops, and her grandmother, who lived through the Japanese invasion that led to Korea’s occupation understands the signs of danger all too well. When Suwol is arrested for working with and harboring communists, and the perils of post-WWII overtake her homelands, Junja must learn to navigate a tumultuous world unlike anything she’s ever known. 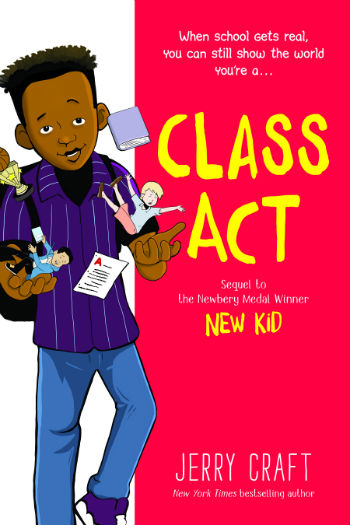 I really enjoyed the first book in this series.

Eighth grader Drew Ellis is no stranger to the saying “You have to work twice as hard to be just as good.” His grandmother has reminded him his entire life. But what if he works ten times as hard and still isn’t afforded the same opportunities that his privileged classmates at the Riverdale Academy Day School take for granted?

To make matters worse, Drew begins to feel as if his good friend Liam might be one of those privileged kids. He wants to pretend like everything is fine, but it’s hard not to withdraw, and even their mutual friend Jordan doesn’t know how to keep the group together.

As the pressures mount, will Drew find a way to bridge the divide so he and his friends can truly accept each other? And most important, will he finally be able to accept himself?

I couldn’t resist borrowing this.

Diary of an Oxygen Thief – Anonymous

Say there was a novel in which Holden Caulfield was an alcoholic and Lolita was a photographer’s assistant and, somehow, they met in Bright Lights, Big City. He’s blinded by love. She by ambition. Diary of an Oxygen Thief is an honest, hilarious, and heartrending novel, but above all, a very realistic account of what we do to each other and what we allow to have done to us